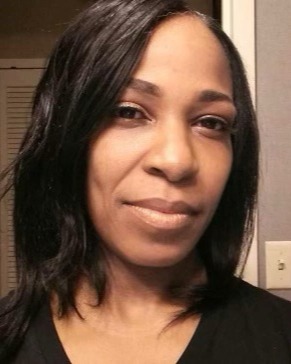 Alicia “Mimi” Kaye Andrews – dedicated wife, mother of three, and friend of many, departed this life peacefully in her home on November 25, 2022, at the age of 51.

Alicia was born to Lewriel Mae Wright and Charles Polk on April 7, 1971. Alicia received a great gift in her stepfather Archie D. Wright, who stood beside her mother to raise a woman of strong character, strength, and compassion. Alicia’s personality was contagious to everyone she met.

Alicia married the love of her life, Arthur Andrews Jr, on March 4, 1999, in Dallas, Texas. Together they raised 3 children: Queenetra Andrews, Tanganyika Wright, and Ray Andrews III. She excelled at motherhood and was the foundation of her family. She always knew the right thing to say and never missed a special date. She was our constant supporter and cheerleader.

Alicia’s love of life didn’t come to an end with her death. The simplest pleasures in life brought great joy to Alicia. She was a passionate and amazing cook and loved spending time with her family. Her thing was to cook, to feed her family and feed everyone around as much as she could. She really touched other people, just out of love.

To order memorial trees or send flowers to the family in memory of Alicia Kaye Andrews, please visit our flower store.