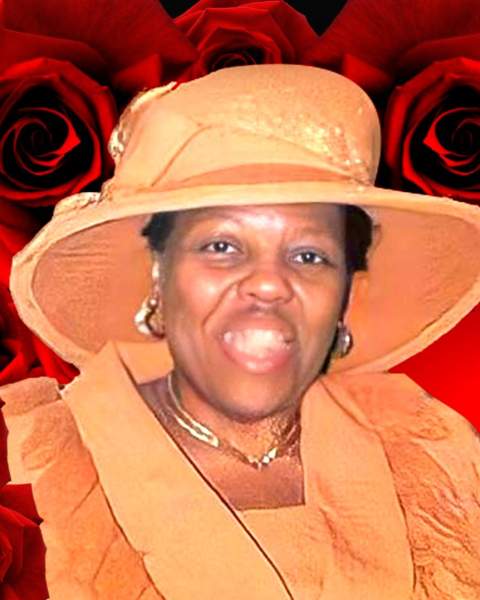 Katie Esther Phipps entered this life on April 1, 1942 by way of Beatrice Collier-Smith-Somerville and George Lee Boyd in Brighton Tennessee.  At the tender age of six weeks, she was gifted to her great aunt Ellen Crawford who she absolutely adored.  She often said “she never told me anything wrong.”  With her she professed a hope in Christ at Galilee Baptist Church.

She was greatly loved, provided for, and surrounded by family and friends who in many cases took us time to unravel where everyone belonged.  She was called “Sister” by many.  So much so that she was “sister” to Susie Mae Wiggins AND her kids.  Go figure.

She married Reverend George D. Jones and to that union was born five children.  Saturian (Rena), Keith, Ellen (Njeri), Alga/Algie (Curt) and Kayette (Bay Bay).  She later married Vernell Phipps and to that union was born one son, Vernell (Boo) (Nicole).  We also can’t leave out the bonus children and the “sister” relationship she maintained with them all her life – George Jr., Voice, Theodore, Hosia Mae, Georgia Ann, Isaiah, James Arthur and Pamala.

Shortly after marriage she moved to Saginaw Michigan in the early 60s and carved out a wonderful life for herself and her kids.  Better known as “Katie’s Kids” of whom everyone knew her fierce love and determination to care for them.  There she duplicated the same type of life and foundation.  Again, with a host of family and friends, aunts and cousins many of no blood relation of whom we’d fight to this day if someone said they were not.

After a short stay with the Cains, she settled into Ruben Daniels projects where she became well known and loved by many as a cashier at Waltruss Market.  There she became sisters to the Fosters (Ann & Pearl) and Beverly Christmas and aunt to their children. She became Godmother to Pat (and her son Darious) & Joyce White and Jimmy Stewart.

She then moved to 19th Street, raising her children into adulthood where there were strong families and friends and a lot of card parties.  As she began to reflect on her life, she turned her eyes back towards the Lord and began attending church again.

In 1992, she moved to Chicago to live with her father which was a dream realized as she noted in her high school yearbook.  After she returned to her spiritual roots, surrendering her life to God, settling into a different lifestyle where she became a lifelong member of the Church of God in Christ (COGIC).

In 2004, she moved to Omaha Nebraska to be near her daughter Rena and son-in-law Rickie of whom she adored. There she was employed by the Red Cross where she developed many friendships and was a favorite blood donor tele recruiter.  Many people would not make an appointment unless she called.

Her final destination was in the Dallas/Fort Worth area where she moved to be with her daughter Njeri.

Katie was always characterized as a warm, friendly, fun and loving person.  She was a woman of great class (she loved to dress) and strength and was also the ultimate giver and encourager.

Katie began to decline with the onset of dementia in 2014.  During this time, she resided with her daughter Njeri and then Saturian along with her daughter Kayette becoming her selfless and loving caregiver.  Beginning in Chicago, she characterized her life with Kayette as a Naomi and Ruth relationship; wherever one went the other was there.

She made her transition on Wednesday, November 2, 2022.  She was preceded by all parents, Beatrice Sommerville, Ellen Crawford, and George Boyd, two sisters Willie Mae Johnson and Delores Somerville, one brother Zellner Somerville Jr., both husbands, bonus children George Jr., Theodore, and Georgia Ann and a son-in-law Jonathan Cooper.

To order memorial trees or send flowers to the family in memory of Katie Esther Phipps, please visit our flower store.