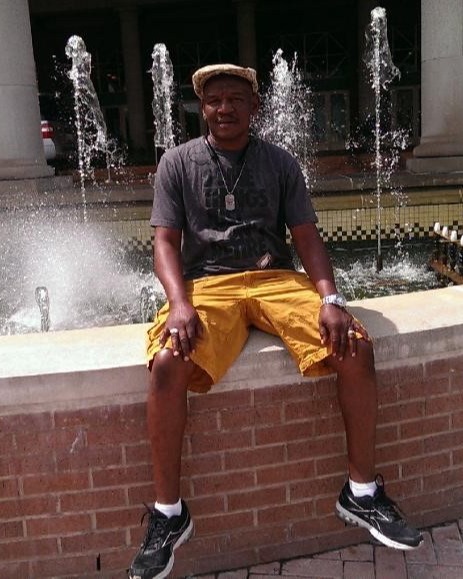 March 14, 1959 was a special day in the life of Dorothy Herndon and Sam Davis when Marques L. Herndon, Sr. better known as Marcus was born in Longview, Texas.   He was the third child born to Dorothy Herndon. He was handsome, full of life, generous, creative and a jack of all trades. He definitely filled our days with laughter and joy.  He was all about family. He cherished his cousins who were more like brothers and sisters.

The love he shared with us will remain unforgettable. Marcus was a proud father of four. His son Marques (Kagi) L. Herndon, Jr. proceeded him in death. Also proceed in death was his mother Dorothy Dickerson (Roy), father Sam Davis and brother David Herndon.

He accepted God in his life at an early age and was raised knowing what a great God we serve and a blessed child of God.  Initially, he was a faithful member of Full Gospel Holy Temple and later joined Southern Crest Full Gospel Church.

Marques graduated from David W. Carter High School in Dallas ISD and attended Northwood University in Cedar Hill, TX.  He later ventured into entrepreneurship as owner operator with various over the road trucking contracts. He had the privilege of relocating the Houston Oilers professional football team from Houston, TX to Nashville, TN. On Monday, November 7, 2022, Marques received his crown to Glory.  He will be remembered by his wife Joyce, his beautiful daughters, Markeisha, Crystal (Trimane) and ShaDaria (Jason) and steph-daughter Temarra.  He will also be missed by his grandchildren Doreisha, Ques, Aaliyah, Christian, Jayceon and Aurielle. He also leaves a brother Mancel Herndon, a special aunt Rosie (Bonnie) Johnson, uncle Luther Jones and a nephew Darius Herndon. Also, there are a host of other family and friends that will forever hold onto Marques’ memories.

The Herndon family will miss Marques greatly…he will never be forgotten.

To order memorial trees or send flowers to the family in memory of Marques Lefelt Herndon Sr., please visit our flower store.