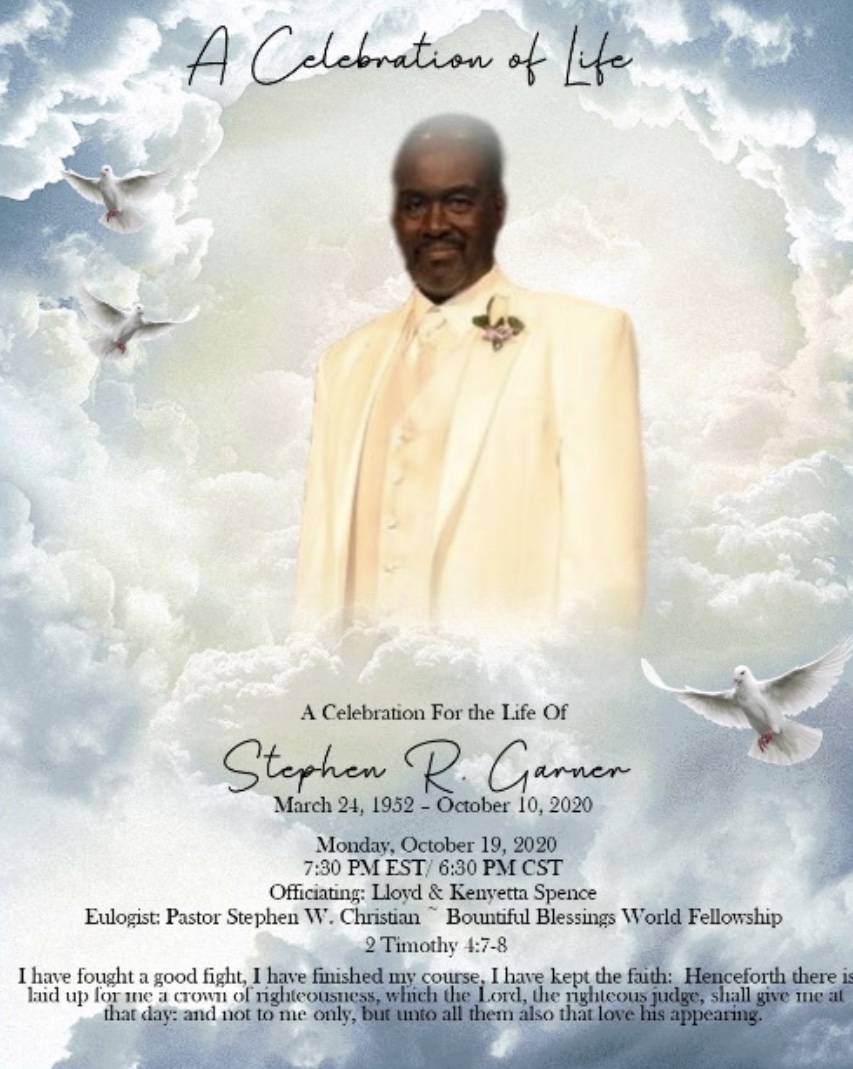 “Therefore whosoever heareth these sayings of mine, and doeth them, I will liken him unto a wise man, which built his house upon a rock:”

Stephen R. Garner was born on March 24, 1952 to the union of Robert & Gennie Lee Garner in Louisville, Kentucky.

Stephen accepted Christ as his Savior at First Virginia Avenue Baptist Church at an early age and was united with Greater Good Hope Baptist Church where he served as a Sunday School Teacher and Associate Minister.

Stephen Garner was united in holy matrimony with Gloria J. Byers on November 25, 1988 in Louisville, Kentucky. Their union was blessed with three children.

Stephen Garner enlisted into the United States Navy on September 27, 1973. He was honorably discharged on September 12, 1977.

He was employed by the Naval Ordinance as a Journeyman Worker for 20 years.

In his leisure, he enjoyed reading the word of the God, serving others, playing spades, dominoes, and passionately watching his Louisville Cardinals, Los Angeles Lakers, and Kansas City Chiefs.

To order memorial trees or send flowers to the family in memory of Steven Ray Garner, please visit our flower store.